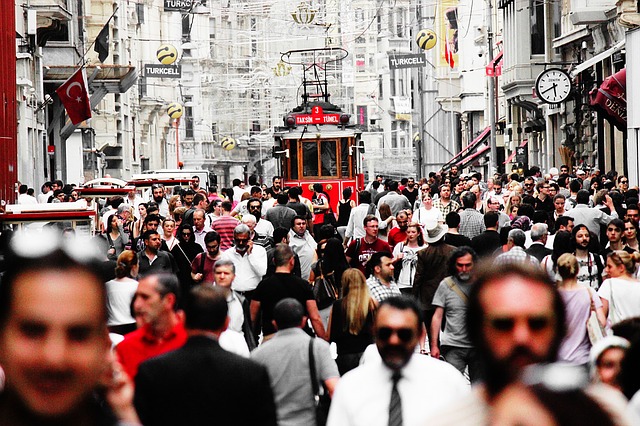 Censorship in Turkey and Erdogan’s fear of Netflix

The Turkish government has adopted a law that tightens control over social media. But Ankara is not only targeting posts on Facebook, YouTube and Twitter that are too critical of the government – the streaming service Netflix is also under attack by President Recep Tayyip Erdogan.

An autocratic, corrupt looking Turkish president, in fierce conflict with the US head of state. All fiction actually, but with many allusions to current world politics – to be seen in an episode of the Netflix series “Designated Survivor”. The Turkish Broadcasting Authority did not like the episode at all: in April they banned it from being shown in Turkey. Netflix parried. And Erdogan railed against the company and other social media:

“Now do you understand why we are against YouTube, Twitter, Netflix and other social media? It is imperative that these channels, where lies, slander, attacks on privacy and character assassination take place, are finally regulated.”

The Authority has achieved its goal The issue of censorship went into the next round for Netflix. Starting in mid-July, the company wanted to shoot a new series in Turkey called “If Only”. But the Ministry of Culture did not grant permission to film. Officially, Netflix does not want to comment on this. But a source from the Netflix environment explains to Corso: there was a homosexual secondary character in the script. The Ministry demanded that it be removed. Netflix refused and in return completely cancelled the series. Understandable, but tragic, according to Istanbul media scientist Seda Kandemir:

“Netflix’s stance is welcome this time, it has not allowed censorship. But in the end, the series was not broadcast. That means the agency has achieved its goal.”

Censorship has been commonplace on Turkish television for a long time. RTÜK (Turkish Broadcasting Corporation) rigorously cuts scenes that it considers immoral, obscene or an attack on national integrity. What it understands by this changes depending on the political climate. In recent months, for example, Erdogan’s government has increasingly attacked LGBT people. Yet homosexuality has never been banned in Turkey, Erdogan once even strengthened LGBT rights. The transsexual megastar Bülent Ersoy was still in the presidential palace for dinner in 2016. But the more the Turkish LGBT community gains in self-confidence, the more it comes under fire, explains director Fehmi Öztürk:

“In the past it was not so problematic to make a film with an LGBT figure, but the filmmakers hardly ever did. Now it’s like a ban. Of course there are filmmakers who do it anyway, like me.”

My short film has been shown on four continents, has won many prizes, but in Turkey it was only shown at the Istanbul Film Festival. The festivals here are now afraid to select such films. You can tell your story, but you can’t present it to a Turkish audience. And you have great difficulty finding funding. I produced this film with my own money.”

At the same time Fehmi Öztürk is also working as the director of the successful Turkish TV family series “Our Story”. The director admits that self-censorship is part of his everyday work: We say to ourselves in advance: This or that scene could cause criticism, it would be better if we did without it. Sexuality, for example, has no normal character in a Turkish series. They are all asexual, just in love with each other. If the characters get too close to each other, they cut right away. Just a little kissing, then fade out. This is what the TV channels usually do.

At the same time, young Turks are increasingly turning away from television, preferring to watch full-length videos and films on Netflix, YouTube or Amazon. Turks who are critical of the government are also organizing themselves via Twitter and Instagram. On Wednesday Ankara passed a law that tightens control over social media. Starting in October, portals with more than one million users must respond to complaints within four hours. An endless cycle, says media scientist Kandemir:

“The social media offer great hope because they provide a great platform for marginalized groups. That’s why new restrictions on social media are now being introduced. We keep coming back to the same point. Control, control, control. Whenever the government loses control somewhere, they step in.”

There are still so many stories worth telling in Turkish movies and series. The Kurdish question, massacres of minorities, coups, women’s freedom struggle. If only they would let it happen.