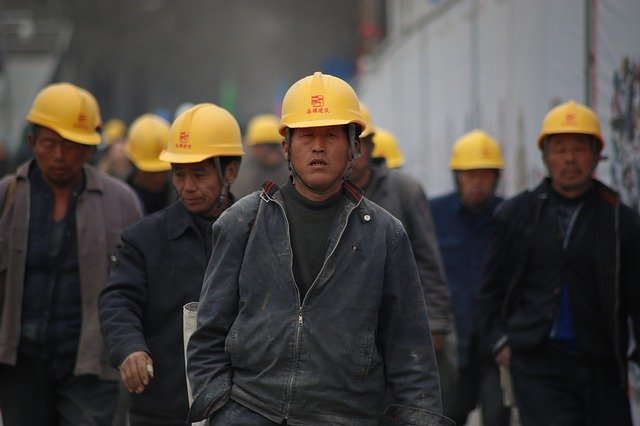 Chinese government is a global threat to human rights

The Chinese government is taking massive action against the global system for defending human rights, Kenneth Roth, Executive Director of Human Rights Watch, said today at the publication of the World Report 2020. Decades of progress that has enabled people around the world to express their opinions freely, live without fear of arbitrary arrest and torture and benefit from many more human rights are at risk.

In China itself, the government – with the aim of total social control – has created a far-reaching surveillance state. Now it is increasingly using its economic and diplomatic clout to resist global efforts abroad to hold them accountable for their repression. In order to maintain the international human rights system as an effective control against repression, governments should unite to stand up to Beijing’s attacks.

“Beijing has long been suppressing regime critics at home,” Roth said. “Now the Chinese government is trying to extend this censorship to the rest of the world. To protect the future of all, governments must act together to resist Beijing’s attack on the international human rights system.” In the 652-page World Report 2020, published for the 30th time this year, Human Rights Watch examines the human rights situation in nearly 100 countries. Roth also points to many other threats to human rights worldwide, such as in Syria and Yemen. There, Syrian as well as Russian troops and the coalition led by Saudi Arabia disregard international rules designed to protect the civilian population: Civilians are attacked and hospitals are bombed.

This inhospitable climate for human rights is very convenient for the Chinese Government. Governments that used to be relied upon, at least temporarily, to defend human rights are now increasingly headed by heads of state, such as US President Donald Trump, who are no longer willing to do so. And autocratic populists who come to power by demonising minorities and who maintain this power by getting rid of independent journalists, judges and activists are turning against the same international human rights standards that the Chinese government is undermining.

Many people in China, like everywhere else in the world, want to live freely and in dignity, Roth said. However, the government of President Xi Jinping is responsible for the most brutal and profound repression China has experienced in decades.

The authorities have crushed civil society groups, silenced independent journalists and severely restricted online communication. They are increasingly encroaching on Hong Kong’s already limited freedoms according to the “one country, two systems” principle. And in Xinjiang, the authorities have set up a horrific surveillance system to control millions of Uighurs and other Turkic-speaking Muslims, with 1 million people arbitrarily imprisoned for forced political indoctrination. The Chinese leadership is courting other governments and is also being courted by them. This also applies to companies and academic institutions that supposedly stand up for human rights, but for whom access to China’s prosperity is more important. They know that public opposition to Beijing’s repression would jeopardise access to the Chinese market, which accounts for 16 percent of the world economy. The US Basketball Federation also felt the impact of this after a tweet from a team manager.

The Chinese authorities were confronted with few consequences from states that see themselves as defenders of human rights. The European Union, distracted by the brexite, hindered by nationalist Member States and divided on the issue of migration, found it difficult to find a strong common voice, although individual European governments have sometimes spoken out very clearly. Trump embraced Xi despite the US Government’s sanctions for human rights violations against the Xinjiang Public Security Bureau and eight Chinese technology companies.

If the world is to defend itself against Beijing’s frontal attack, an unprecedented response must come from those for whom people and human rights are important. By acting together, the governments can shatter Beijing’s strategy of divide and rule, Roth said.

For example, if the Organization for Islamic Cooperation (OIC) were to speak out against the oppression of Muslims in Xinjiang, as it did for the Rohingya Muslims persecuted in Myanmar, Beijing would come under significant pressure. Governments and international financial institutions should offer convincing and legally compliant alternatives to China’s “no-strings” loans and development aid. Businesses and universities should develop and promote codes of conduct for dealing with China – strict common standards would make it more difficult for Beijing to retaliate against those who defend human rights Human rights leaders should call for a discussion on Xinjiang in the UN Security Council, so that Chinese officials understand that they cannot get the recognition they crave if they persecute people at the same time.

“If we don’t want to return to an era where people are just pawns on a chessboard, manipulated or removed from the field at the whims of their rulers, we must act against Beijing’s attacks,” Roth said. “Decades of human rights progress and our future are at stake.”